With thousands of patients, Amelia Home Care is seeing a reduction in readmission rates of 91 to 95 percent.

Available 24/7, RCCs cover the extended hours and weekends when staﬃng from Home Health is typically limited. Amelia Home Care patients thrive with more attention and interaction, and their satisfaction scores prove it!

Amelia Home Care has over 95 Care Pathways currently available to our clients including combination pathways for patients with multiple co-morbidities.

These pathways include branch logic and RCC protocol for follow-up questions. Our RCCs are trained to identify and report issues with post-acute and post-surgical patients, including the identification of SIRS criteria, which may lead to sepsis.

In addition to pathways questions, vital signs, and video conferencing, we have educational videos, teach-back questions, reminders, and the ability to assist patients in obtaining appointments, video-conferencing with family members, and other members of the care team.

Often, many of our patients are seniors between 70 to 95 years old, and many are lonely and isolated. The RCC’s responsibility is to engage in casual conversations, beyond the illness and discuss life, and joyful matters.

For patients who require more attention, often receive multiple video calls per day and are assigned to volunteers to check in with the patients.

Based on the patient’s capability and comfort level utilizing their preferred communication device, Amelia Home Care provides a variety of platforms to ensure as many patients are enrolled in the program as possible.

For patients accustomed to utilizing their own personal smartphone or tablet (Apple or Android), an easy-to-download application is provided.

A telehealth kit, which consists of a tablet with built-in internet and wireless medical devices and is intuitive to operate, can be delivered to the patient’s home.

If both are not viable options, their assigned RCC can render phone calls to retrieve ongoing data collection so no patient is left out of the program.

Authorized physicians, nurses, nursing staﬀ, and Home Health agencies will have access to patient data and telehealth communication with the patient based on their security access privileges.

Oftentimes, physicians and nurses ﬁnd it more convenient to work with the assigned RCC.

Based on schedule or ad hoc calls, the RCC can engage the physician on a group video conference with the patient by sending a link to the physician’s email or phone.

Upon clicking the link, the physician will be able to join the secured video conference call with the patient.

How We Help Hospitals and Health Systems in New Rochelle

How We Help Physician Groups in New Rochelle

The reviews are in and we’re doing pretty well. But don’t just take our word for it, check out our testimonials and read for yourself.
Read Our Testimonials

How We Help Accountable Care Organizations Who Serve New Rochelle

How Does Virtual Caregiving Work?

Are you ready for an Amelia Home Care Certified Technologist to install and train your family to be connected and safe. With Amelia’s Tele-Home Care Family Pack, Seniors can live independently longer, safe from falls and other common concerns.

Best of all, caregivers can check in anytime – without disturbing the senior or invading their privacy.

Amelia Home Care is a Certified Technologist that Installs and Trains for You!

Install The Family Pack.
A personal assist button, front and back door entry sensors, and motion sensors for the Kitchen, Hallway, and Living Room are easy to install. It includes everything you need to address concerns of falls, wellness, and loneliness in a new collaborative way. Installation is fast and simple.

The activities of daily living are learned.
The normal lifestyle patterns of the senior are privately learned, without a wearable, and insights can be accessed by members of your Trusted Circle of friends and family.

Smart Home Center
This makes your home intelligent. Simply plug it in to power and plug in a wired internet connection. The free app will walk you through the whole process.

Personal Assist Button
Push it at any time to alert the people in your Trusted Circle and let them know that assistance is needed. Or change its behavior to record access to medication.

Front Door and Back Door Entry Sensors
They attach to a home’s high-traffic doors in just minutes so you can know when someone comes and goes. Install extras on medicine cabinets, refrigerators, and microwaves.

Kitchen, Hallway, and Living Room Motion Sensors
They alert for potential falls, sleep problems, and more. We recommend one motion sensor every 500 square feet of living space, so the base pack covers about 1,500 square feet.

The Trusted Circle is an exclusive group of contacts who care for the wellbeing of a friend or loved one using Amelia Home Care Family in their home.

Trusted Circle contacts receive Group SMS Notifications and In-App Push Notifications to actively participate and immediately respond to falls and other potential hazards or simply stay in the know. Contacts can also use the Amelia Home Care Family app to get real-time wellness status updates, daily reports, and more.

Know that everything is okay. Get real-time wellness status updates, daily reports, and more.

Monitors the home 24/7 including fall detection, failure to return, sleep monitoring, and more.

When problems arise, Amelia Home Care Family communicates outward in a tiered escalation methodology as urgency increases. This approach gives family and professional caregivers an opportunity to get involved and deescalate issues before dispatching Emergency Services.

Get alerted and know what’s happening.

Get involved right away to help resolve the issue.

Features for Every Lifestyle

Captures and describes lifestyle patterns into the app

Alerts when problems are detected

New Rochelle is a city in Westchester County, New York, United States, in the southeastern portion of the state. In 2010, the city had a population of 77,062, making it the seventh-largest in the state of New York. Wikipedia 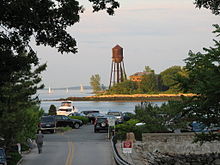 Through the 18th century, New Rochelle had remained a modest village that retained an abundance of agricultural land. During the 19th century, however, New York City was a destination from the mid-century on by waves of immigration, principally from Ireland and Germany. More established American families left New York City and moved into this area. Although the original Huguenot population was rapidly shrinking in relative size, through ownership of land, businesses, banks, and small manufactures, they retained a predominant hold on the political and social life of the town.

The 1820 Census showed 150 African-Americans residing in New Rochelle, six of whom were still slaves. The state abolished slavery by degrees: children of slave mothers were born free, and all slaves were freed by 1827.

In 1857 the Village of New Rochelle was established within the borders of the Town of New Rochelle. A group of volunteers created the first fire service in 1861. In 1899, a bill creating the New Rochelle City Charter was signed by Governor Theodore Roosevelt. It was through this bill that the Village and Town of New Rochelle were joined into one municipality. In 1899, Michael J. Dillon narrowly defeated Hugh A. Harmer to become New Rochelle’s first mayor. The recently established city charter designated a board of aldermen as the legislative unit with two members to be elected from each of four wards and 10 elected from the city at-large.[10]

By 1900, New Rochelle had a population of 14,720. Throughout the city, farms, estates, and wooded homesteads were bought up by realty and development companies.[11] Planned residential neighborhoods such as Rochelle Park, one of the first planned communities in the country, soon spread across the city, earning New Rochelle the sobriquet “City of Homes”.[12] In 1909, Edwin Thanhouser established Thanhouser Film Corporation. Thanhouser’s Million Dollar Mystery was one of the first serial motion pictures.[13] In 1923, New Rochelle resident Anna Jones became the first African-American woman to be admitted to the New York State Bar.[14]

Poet and resident James J. Montague captured the image of New Rochelle at the time in his 1926 poem “Queen City of the Sound”.[15]

In 1930, New Rochelle recorded a population of 54,000, up from 36,213 only ten years earlier. During the 1930s, New Rochelle was the wealthiest city per capita in New York state and the third wealthiest in the country.[16]

By the end of the century, the Metro North railroad station was rebuilt along with a $190 million entertainment complex, nicknamed New Roc City, which features a 19-screen movie theater, an IMAX theater, an indoor ice-hockey arena, mini-golf, go karts, an arcade, restaurants, a hotel, loft-apartments and a mega supermarket. The complex was built on the site of the former New Rochelle Mall, which had opened in 1968.[17]

Office for the Aging

Local Groceries and Pharmacies that deliver in emergency.

The New Rochelle Office for the Aging offers free, comprehensive services for New Rochelle seniors and their families.

Trained professionals are available for scheduled appointments during office hours. Walk-ins are accepted and welcomed.

Click on the title to see the coverage from past events.
Thanksgiving Luncheon
Festa Italiana
When Friends and Family Care

Assistance is available in the areas of:

Map of Directions from New Rochelle to Amelia Home Care

Keep left at the fork to continue on I-695 S, follow signs for Interstate 695 S/Interstate 295 S/Throgs Neck Br/Long Island
1.4 mi

Use the right 2 lanes to take the Belt Pkwy exit toward Kennedy Airport/Brooklyn
0.3 mi

How Does Home Care Assistance Work?

What Technology Can Help With Caregiving?

How Seniors With Parkinson’s Can Hang Onto Their Mobility

How to Respond to a Senior’s Hallucinations